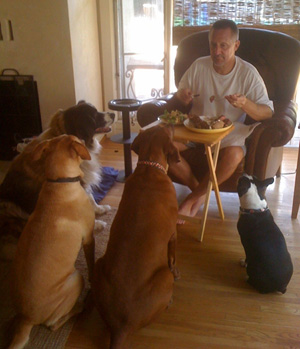 Thirty years is a long time to be in any profession, especially  real estate.  In March of 1989 Bill Toth joined the other 332,780 California licensed Realtors who vied to sell median priced homes of $193,557 to the 19% of California buyers who could actually afford them.   Bill never looked back.

“Real estate is my life,” states Bill.   “Where else can you meet such a great, diverse group of individuals and help them attain their goals of owning, selling or renting a property?”   His enthusiasm for this business is obviously very infectious.   His son, Christopher Toth, is Bill’s in-house lender (House America Financial) and Bill’s daughter, Stephanie, works at All Broker’s Escrow, a well respected Burbank escrow firm.   Together, their teamwork makes good things happen!


Bill recently moved his Real Estate company from 4417 W. Magnolia Blvd to 2926 W. Magnolia Blvd at the corner of Magnolia and Niagara in the heart of Magnolia Park. Bill's son Chris designed the ultra sleek and modern building. Pictures of it can be found on the homepage under "Our New Location".

When Bill isn’t listing, selling, training, coaching, and working hard chasing the dream, you will find him meeting friends at Joes Great American Bar & Grill, and hanging out with his three dogs, “MLS”, “REO” and “Title.”